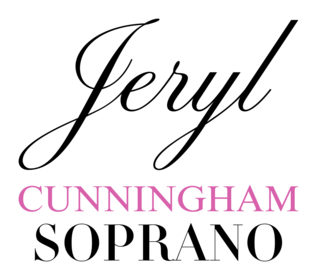 Jeryl Cunningham’s vocal artistry has been heard in more than ten countries and on four continents. Her versatile and vibrant voice, paired with her fervent advocacy of African American music, makes her a favored soloist for leading ensembles, including the Boys Choir of Harlem and the American Spiritual Ensemble, and prestigious venues, including the United Nations and Lincoln Center.

Ms. Cunningham's repertoire encompasses opera, oratorio, choral masterworks, jazz, and art song. But, interpretation of the African American spiritual is a high point of her artistry, drawing on her rich heritage. Her debut CD entitled, Stand the Storm: Anthems, Hymns and Spirituals of Faith and Hope was released in 2016. Dr. Everett McCorvey, producer of the new album, founder and music director of the American Spiritual Ensemble, is a champion of Jeryl’s artistry, asserting: “Jeryl is one of the true vocal artists of this generation. Her silvery soprano voice floats with great ease throughout all of the registers. Every song on her new recording is a master class in vocal technique, legato singing, and   skillful vocalism. Her album was a joy to produce and a joy to experience.”

Ms. Cunningham is a regular soloist and Assistant Director with the American Spiritual Ensemble, that performs classic spirituals, opera, jazz, and Broadway tunes highlighting the black experience in concerts in the United States, Europe, and South America. She has recorded several CDs with the Ensemble and was an integral part of the widely viewed PBS documentary, THE SPIRITUALS, that utilized the Ensemble as the foundation of its documentary. (Dos Vatos Productions, 2007)